Despite spending three quarters of May with my head in various books prepping for my last ever set of exams, I managed to find lots of new favourites in the last four weeks! From eye makeup to Marilyn Monroe biopics and much more, here are my favourite picks from the month of May.

BEAUTY
It seems that May has been a big month for experimenting with eye pencils for me, having accumulated at least three that are monthly favourites-worthy! The first is a Bourjois Contour Clubbing waterproof liner in 50 - Loving Green which I have been wearing on my waterline to add a subtle pop of colour to my eyes; I often feel that with having such dark brown eyes I can't draw as much attention to their colour as you can with blue or green, but using this liner has definitely changed that and has so far received quite a few compliments!

The second and third liners are two of the Kate Moss for Rimmel Scandaleyes Shadow Sticks. I swatched these on a Boots haul a few weeks back, and was astounded at how well they stayed on! I washed my hands incessantly throughout the day and the following morning the lines of colour on my hand were still pretty much in tact. So the next time I popped into town, I went into Superdrug to exploit their 3 for 2 offer and ended up getting two shades; Bluffing and Rose Gold. Buying these shadow sticks was quite exciting for me too as I got to see Hayden Williams' Kate Moss illustrations in store. Though I've only spoken with Hayden once when I was writing a blog post on him, I've been following his illustrations for years and feel strangely proud upon seeing his work with Rimmel! See the full Idol Eyes video here.


FASHION
If you've been reading my posts for a while, you'll know that I have a pretty shameless love for Primark. I went on a raging spree there a few weeks back and got some stunning summery pieces, naturally for very little. The one piece that I've been really impressed with is this playsuit! I wore it for the first time to the Bournemouth Sevens Rugby Festival last weekend and was so pleased that I got to wear it on a sunny day. The fabric is silky and feels very un-Primark, whilst the print is bang on trend. For only £13, you can't really go wrong.

FILM
I have always been more of an Audrey girl, but I have to say that after watching My Week with Marilyn the place in my heart for Marilyn Monroe has grown much larger. After hearing a lot about her in Stefanio Ricci's talk on the Ferragamo Museum in Italy (they put on an exhibition on Monroe a few years back, read more on the event and the Glamour of Italian Fashion exhibition here), I've come to find the woman behind the star persona really interesting, and after seeing this film I definitely want to read the book. The film is aesthetically very beautiful and the cast is absolutely star-studded.

The second film favourite in May is Catching Fire. A few weeks ago my Mum and I bought the first two Hunger Games films as - shock horror - she had never seen either. I've seen the first one several times and still enjoyed it, but I hadn't seen Catching Fire since I watched it at the cinema, and good god I'd totally forgotten how intense it is! I was absolutely gripped despite having seen it before, and as soon as it was over I wanted to watch it again. If you're late to the party and haven't seen it yet, rectify that ASAP. 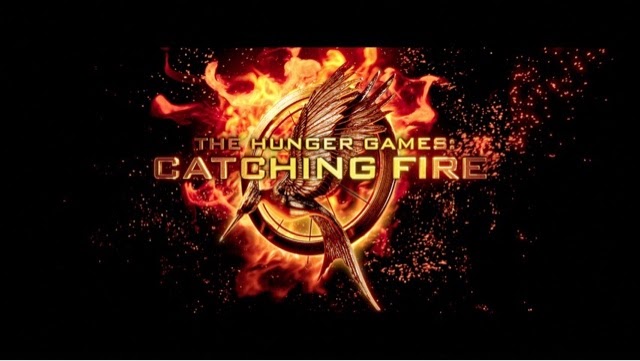 May has definitely been the most mixed month so far in 2014. Horrible, as I had 10,000 words to write and four exams to take, but incredible for many reasons too. First of all, the exams are now finished. I am so relieved that they're over. Secondly, I got my first ever first in an essay that I genuinely loved writing! Having achieved 2:1s the entire way through uni (which I am thrilled with don't get me wrong), to receive one first before it's all over was very satisfying. Finally with the end of exams came a crazy week of fun; the Bournemouth Sevens Festival, a very exciting meeting in London, and the Grabble launch party, where I got to meet lots of lovely fellow bloggers, captured in this attempt at an Oscars-style selfie. 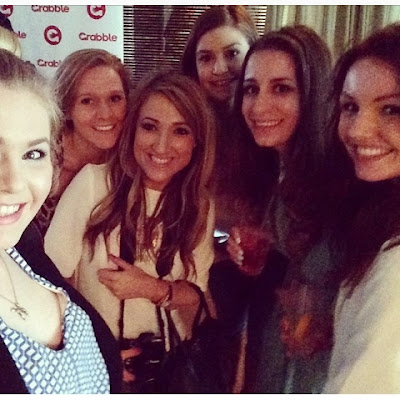 (Sarah from Sarah's Beauty Emporium, Katie from Desperately Seeking Freedom, Monica from MothLoves, April from Beautiface, Beth from Beauty in Beta and I)

This month's survival kit consists of Alexi Murdoch's - At Your Door, a song that has kept me going during late night revision sessions, Gossip Girl, because since mentioning it in April's favourites post the addiction has only grown stronger, and finally Cadbury's Giant Chocolate Buttons. Because who can revise without them?

What made your favourites list this month? Let me know in the comments below!