The Somaly Mam Foundation is a charity run by trafficking survivor Somaly Mam herself. It supports survivors of human trafficking and sex slavery and fights daily to prevent it. It is an incredibly underrated non-profit charity that targets a very overlooked issue that is becoming more and more prominent in Western society as well as the more expected parts of the world such as South East Asia. To find out more please check out this link, as well as following them and their fellow activist groups on Twitter and Facebook.

There are currently more slaves in the world than there have even been in human history. This has to change. Somaly Mam is an inspiration to people everywhere, and deserves far more attention towards her cause. There are many ways to get involved, such as donating to the charity or raising awareness through social media. I recently purchased one of my best friends an Empowerment Pendant for her birthday after she had complimented the one that I had bought last year. They are beautiful and help such an amazing cause. 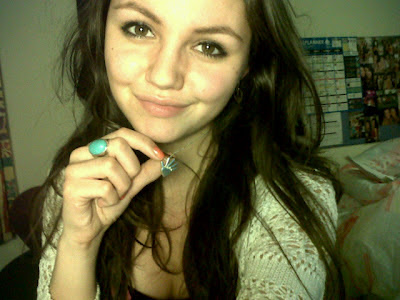 The pendant symbolises the ending of human trafficking and slavery through the action of hands and the compassion of hearts, and can be purchased here: http://www.empowermentstore.org/ProductDetails.asp?ProductCode=EmpowermentPendant